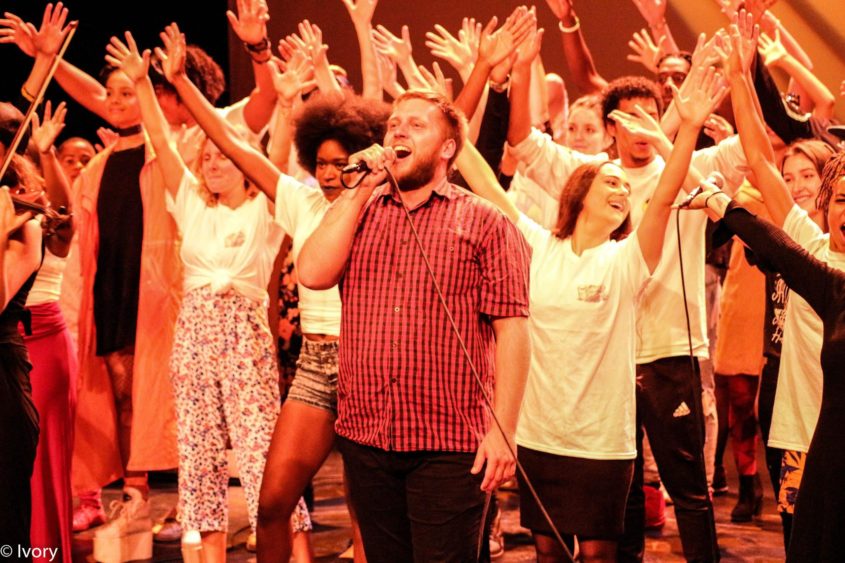 40 young creatives from Europe (France, Germany, Lithuania, UK, the Netherlands) participated in the disciplines of media, dance and music in this Summerscool project.

From April 2017 untill end July 2017 we managed this project from start till the end performance in Schouwburg Rotterdam.

On 9 July, the young talents met for the first time and started their creative journey. In 2 weeks, they worked on an interdisciplinary final show in the theme Heroes, which was performed in the Schouwburg Rotterdam on July 23.

The lyrics, the music, the beats, the video projects, the dance choreos; they created everything themselves under the guidance of the artistic team consisting of Lloyd Marengo (creative director / dance coach), Alvin Lewis (music coach) and Sander de Graaf (media coach). In addition, they obtained master classes and workshops from professionals in the field; We received, among others by Sheyda Darab, Kenzo Alvares, Anthony Benjamin, Ntjam Rosie, Roel a.k.a. GOSTO and Jimmi Hueting.

This site uses Akismet to reduce spam. Learn how your comment data is processed.