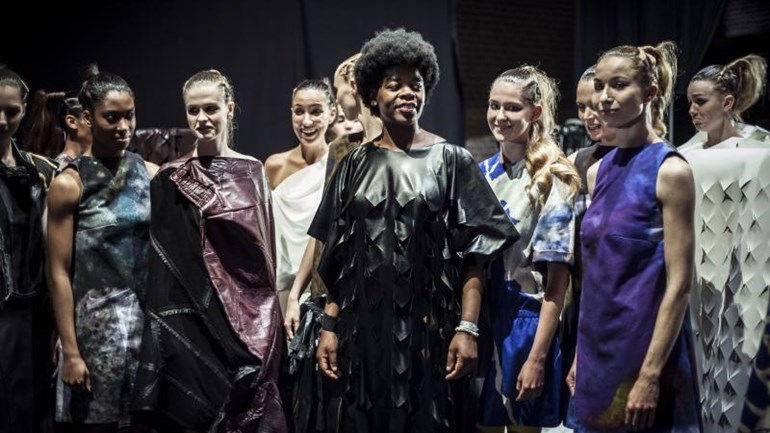 Fashion designer Marga Weimans (Rotterdam, 1970) is one of the most prominent designers of the moment. In the documentary FASHION HOUSE MARGA WEIMANS which is directed by Maria Visser, commissioned by RTV Rijnmond, Maria follows Marga closely in a period of a year on her way to the top. Weimans is a different fashion designer than you might imagine. Although she is a true apprentice designer, she differs in several aspects from the standard portrait of a fashion designer. Weimans talent lies in combining multiple disciplines: fashion, art, architecture and technology without having to adjust to the now existing borders in haute couture.

In the documentary Maria Visser looks for the soul behind the brand Marga Weimans, a personal portrait that shows confidence, vulnerability and purity. The viewer gets an insiders perspective of the development of her international Fashion House. Maria Visser shows in what way the collection of Marga comes about during Amsterdam Fashion Week. However, her designs surpass the catwalk. Her first major solo exhibition at the Groninger Museum which took place in 2014, shows that her creations vary from elaborate couture dresses minimalist ready- to-wear pieces. A change in the film is the journey to Suriname where Marga explore her roots in Suriname.